Streaming Has Made Artists Release More Music Than Ever 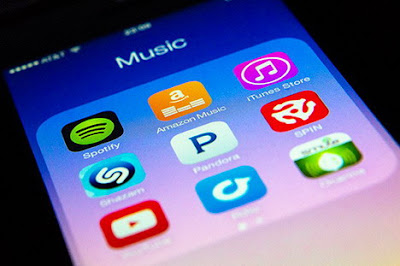 While I was browsing thru The Wall Street Journal, I found this article by Journalist Neil Shah reported that the music industry is pumping out more music than ever. Due to the industry's ever-changing landscape, the amount of music released globally is roughly seven times more now than it did in the 1960s. Well Dang, that's quite a jump. He also said this that made brain wheels turn:

"Unlike CDs or Downloads, which generate revenue once, streaming a song generates royalties everytime, "Shah says. "That has major labels bidding on catalogs of music and reissuing old music as they battle for market share."


Now, this makes sense and now I understand why artists are releasing music faster than ever. He also focused on hip-hop, noting that tracks from that genre uploaded to SoundCloud rose 30% in January alone compared to 2017. Neilsen recorded that 150,000 albums were sold compared to just 36,000 in 2000 in 2017 which means peoples appetite for music is growing.

Meanwhile, Apple's Music Director Jimmy Lovine recently said these music streaming services are too similar, and something has to change.


"The Streaming services are all charging $9.99 and everyone has the same music"


What separates iTunes, Tidal, Spotify, and Apple Music? Ok so some might have exclusives that you can only listen on one platform, but eventually, it flows to the other platforms because you can't really force people to pay for a service just to get exclusive, I know I wouldn't, I would just wait till it comes out. Sooner or later somethings got to give.

Popular posts from this blog

By ThatEarCandy Saturday, February 10, 2018
The hottest anual spring break party is back at coachman park in clearwater March 3rd, and the line up is so hot that in just 16 days tickets are officially sold out online.